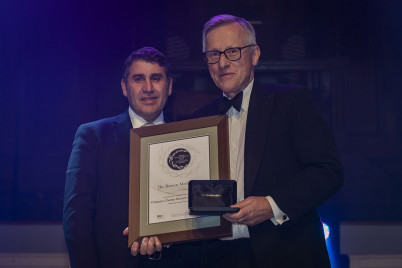 His research helped halt an epidemic of asthma deaths in New Zealand and has gone on to change the way the world manages asthma, saving hundreds of thousands of lives in the process.

World-renowned asthma researcher Professor Richard Beasley has tonight been awarded the Health Research Council of New Zealand (HRC) Beaven Medal at the Royal Society Te Apārangi Honours event for the huge impact he has had on treating and managing asthma.

Professor Beasley, who founded and directs the Medical Research Institute of New Zealand (MRINZ) in Wellington, began his research career as an HRC research fellow in the United Kingdom some 40 years ago. It was around this time in the 1970s and 1980s that New Zealand experienced a huge spike in asthma-related deaths, with deaths increasing threefold over three years.

Using data from a government-appointed asthma taskforce, Professor Beasley and his team discovered that the only medication associated with asthma deaths was a drug called fenoterol. Findings from their study led to the withdrawal of fenoterol from New Zealand, resulting in asthma-related deaths falling by two-thirds in the space of just 12 months. The pharmaceutical company that produced fenoterol also withdrew the drug or halved its dose in other countries, saving hundreds of thousands of lives.

Now that asthma drugs were safer, Professor Beasley and his team turned their attention to changing how preventative inhaled steroids were used to manage asthma. They worked closely with a Māori community in the Wairarapa to develop a new system whereby patients could use simple asthma assessment and management guidelines printed on a ‘credit card’ to self-manage their own treatment under the guidance of a doctor. The system proved so effective that it has become a standard treatment practice for patients both nationally and internationally.

“As a team, we felt incredibly fortunate to be on the spot to develop a broad research programme that was able to not only get the drug fenoterol withdrawn, which reduced asthma deaths, but also to lead to a paradigm shift in how asthma is treated and managed,” says Professor Beasley.

In another highly influential study, Professor Beasley discovered that the preservatives used in nebuliser solutions to treat asthma paradoxically induced asthma. Almost overnight pharmaceutical companies withdrew the bottles used to draw out the nebuliser solution and replaced them with vials containing only one treatment per dose, eliminating the need for preservatives.

Most recently, Professor Beasley’s team undertook the only independent study of the SMART regime for managing asthma, which is where the preventative steroid medicine is combined with the reliever medication in one inhaler. They found that use of this combination inhaler (rather than two separate inhalers – a preventative and a reliever) reduced the risk of a severe asthma attack by half in high-risk patients. The results of a follow up study released in May 2019 found the same results in patients with mild asthma, something that could result in the biggest shift in asthma treatment over the past 25 years.

“We are proud to have funded Richard’s research for 40 years, which is a testament to the exceptional quality and impact of his work on improving the health of many New Zealanders,” says Dr Choy.

“Richard has been influential in helping to develop a strong clinician-researcher environment in New Zealand. Extending beyond the respiratory field, he and his colleagues are tackling some of the basic tenets of clinical medicine that have developed as dogma, but which don’t have a strong enough evidence base to justify our current clinical practice.”

Associate Professor Matire Harwood, a prominent Māori health researcher who has worked with Professor Beasley for more than 25 years, including when he was deputy chair of the HRC (2011-2016), says she has immense respect for his dedication to research and practice.

“Richard’s research programmes, predominately clinical trials, have been achieved through close engagement with the community as illustrated by having over 7000 active volunteer participants on the MRINZ patient database. Many of his programmes have shown a deep and genuine commitment to and participation with the Māori community, as well as strong collaborations with research networks both in New Zealand and overseas,” she says.

Professor Beasley says receiving the HRC Beaven Medal is great acknowledgment of the fantastic team of clinical researchers he has worked with and the generous support he has received from the community volunteering their time for clinical trials. But he stresses that there is still more to do.

“We have better drugs that are safer and more effective, self-management plans for patients, and new ways of using the drugs – like the combination reliever therapy regime. However, we still do not understand why New Zealand has such a high prevalence of asthma and what we can do to reduce this. Developing a public health intervention to bring down our prevalence of asthma is now the holy grail in terms of asthma research priorities,” says Professor Beasley.