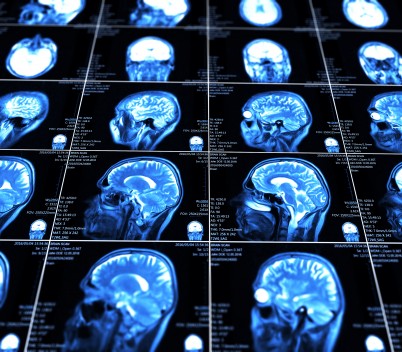 Around five per cent of New Zealand children have ADHD, a common neurodevelopmental disorder which can affect educational and employment attainment later in life. ADHD is also the most frequent diagnosis given to Māori children at mental health services. Yet, currently there are no reliable biomarkers for the cognitive differences associated with ADHD, making it difficult to detect the disorder early as well as to assess treatment effectiveness and progress.

Now, with a $250,000 Emerging Researcher grant from the Health Research Council of New Zealand (HRC), University of Otago psychology lecturer Dr Narun Pornpattananangkul (Dr Pat) plans to address this issue by building a neuroimaging model that can predict ADHD-related cognitive deficits in children, by looking at detailed MRI brain scans.

“What we call ‘ADHD’ currently is what clinicians can observe from the child,” says Dr Pat. Over the next three years, his team hopes to capture the characteristics of the disorder, as a whole, from a biological perspective.

“In the long run, having highly reliable and predictive biomarkers for cognitive differences in ADHD can be a game-changer,” he says.

Dr Pat’s team will be using a large dataset from more than 10,000 children from the United States (both with and without ADHD). This dataset includes brain images of various types, reflecting children’s brain activity, connectivity and anatomy, as well as children’s cognitive abilities based on various tasks.

His team will first examine the cognitive differences that occur in children diagnosed with ADHD (predetermined through cognition tests with participants). They will then apply specially designed machine-learning algorithms to accurately match up the brain images in the dataset with these cognitive differences. This will result in a brain-based ‘predictive score’ for each child in the dataset, that reflects their risk of developing ADHD-related cognitive deficits.

This brain-based predictive approach will then be tested for its applicability to New Zealand children who have been formally diagnosed with ADHD. Functional and structural MRI scans of participants in Dunedin will be taken, and the resulting scores matched against each child’s cognitive differences.

“The availability of such big data along with modern computation techniques, such as machine-learning, are the most exciting advances in psychiatry of our time, and will help generate a novel platform for neuroimaging and psychiatry,” says Dr Pat.

In future, one of the benefits of a reliable biomarker would be in testing the efficacy of novel treatments that target cognitive functions. “Our biomarker will help researchers see if treatments have an effect in cognitive areas of the brain.”

In the longer-term, clinicians in New Zealand and elsewhere may potentially use the biomarker to aid in diagnosis, early detection, and management of ADHD, he adds.

“In the mental health world, people do not usually use neuroimaging as a predictive tool. We’re going to start this trend, and it’s only made possible by the recent availability of large-scale brain data and by the advances in machine learning. It’s still at an early stage, but I can say I see a bright future ahead of us.”

Professor Sunny Collings, chief executive of the Health Research Council, says this project is a great example of how data-driven research might help address crucial knowledge gaps in health. “Dr Pat’s expertise with big data both here and abroad has put him in an ideal position to lead this exciting work, which looks at ADHD from a different perspective,” she says.

“This work will improve our understanding of ADHD, and could make a very real difference for chlldren and adults who live with its impacts.”

Dr Pat is one of nine recipients of this year’s Emerging Researcher First Grants – a funding round offered annually by the Health Research Council. More than $2.1 million has been awarded to researchers seeking to establish independent careers in health research.