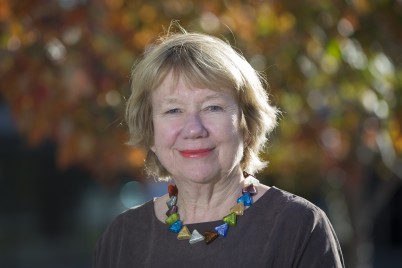 The research team behind the public awareness campaign to get pregnant women sleeping on their side from 28 weeks of pregnancy has received one of New Zealand’s top awards for translational health research. Their research and campaign may have contributed to a decrease in late stillbirths over recent years in New Zealand.

Late stillbirth (in the third trimester, from 28 weeks of pregnancy) currently affects about one in every 400 pregnant women in New Zealand. In 2011, PhD student Tomasina Stacey (supervised by Professors McCowan, Mitchell and Thompson) reported that women in New Zealand who went to sleep on their backs the night before they thought their baby died had a 2.5-fold increased risk of late stillbirth.

After replicating these findings in a nationwide joint HRC and Cure Kids-funded study published in 2017 – and having these findings confirmed in international studies – the team partnered with multiple New Zealand stakeholders in 2018 to develop and roll out a national public awareness campaign recommending that pregnant women ‘sleep on side when baby’s inside’ from 28 weeks’ gestation. Information from this campaign was translated into different languages and distributed to pregnant women, midwives, maternity services in district health boards, and childbirth educators.

Professor McCowan says the New Zealand Perinatal and Maternal Mortality Review Committee has speculated that some of this reduction in late stillbirths may be due to increased awareness of the benefits of sleeping on the side during late pregnancy. Dr Robin Cronin adds that “an evaluation of the sleep on side campaign has demonstrated that maternity providers have shared safe sleep position information with pregnant women and translated our research into practice”.

To understand the mechanisms underlying the findings into maternal sleep position and stillbirth, Professor Peter Stone led the team to undertake world-first physiological and imaging research studies in healthy women in late pregnancy.

He says these studies showed that when a woman in her third trimester lies on her back, it leads to significant compression of major blood vessels by the large pregnant uterus.

This research, carried out by University of Auckland medical student Aimee Humphries, concluded that “as a result of this compression, blood flow through the vena cava vein to the heart is reduced by an enormous amount – about 85 percent – which in turn reduces blood blow to the heart’s main artery, the aorta, by about 32 percent”.

Using special functional MRI technology, the team recently worked alongside UK colleagues from Kings College and University College London to look at oxygen delivery from the mother’s blood vessels through to the placenta and the baby. This novel research, which comprised the PhD project of University of Auckland medical student Sophie Couper, observed lower oxygen transfer through the placenta and on to the baby when the mother was lying on her back compared to when she was on her left side.

Tying in with this, the team also explored the relationship between women sleeping on their backs in their third trimester and birthweight, as babies who are small for their stage in pregnancy are more likely to be stillborn. They found that women who usually went to slept lying on their backs gave birth to babies who were on average 144 grams lighter than the babies of women who didn’t go to sleep on their backs. Professor McCowan says this effect on the birthweight of a baby is similar to the effect of a woman smoking 10 cigarettes a day.

“These novel studies, which show reductions in placental oxygen transfer and oxygen to the baby when a mother is on her back compared with sleeping on her left side, may at least partially explain the association between sleep position stillbirth and fetal growth restriction,” says Professor McCowan.

The team has also made important discoveries about fetal movements that are linked to the risk of stillbirth. This includes that a healthy baby increases the strength of its movements during late pregnancy, dispelling the myth that it is normal for babies’ movements to become less strong as pregnancy advances. They have also shown that babies hiccupping in late pregnancy and being more active in the evening, are healthy signs associated with a reduction in stillbirth.

HRC Chief Executive Professor Sunny Collings says Professor McCowan and her team’s ground-breaking clinical findings have also had a global impact, with this knowledge now forming part of the stillbirth prevention and antenatal care guidelines in the United Kingdom and the safer baby care bundle aimed at reducing stillbirth in Australia.

“There are very few things that women can do easily that will potentially reduce the risk of stillbirth. The exciting thing about these findings is that pregnant women are able to swap the position they go to sleep in from their back to their side with little difficulty when they know that this is better for their baby,” says Professor Collings.

1 Information on stillbirth numbers for 2019/2020 will be published in the 2021/2022 New Zealand Perinatal and Maternal Mortality Review Committee reports, which are not currently available.