New study to help those directly affected by Mosque attacks 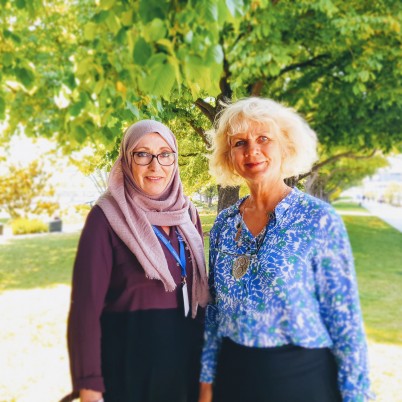 A new study is about to get underway to help understand the psychological and physical effects of the March 15 Mosque attacks in Christchurch last year and to link those directly affected with additional support, if needed.

Following the tragedy on March 15, the Health Research Council (HRC) approached the Canterbury District Health Board (CDHB) and the universities of Otago and Canterbury about fast-tracking HRC funding of research to help those directly affected. An expert team comprising of clinical researchers from all three organisations was then formed, led by clinical psychiatrist Associate Professor Caroline Bell and Dr Ruqayya Sulaiman-Hill, both of whom have had key roles in planning the CDHB’s psychological health response to the attacks.

Dr Sulaiman-Hill, who has also been involved with the local Muslim response since the attacks, says the Muslim community has been integral to developing the successful research proposal and that they will continue to be closely involved at all stages of the research.

“The aim of the study is to help understand the impact that March 15 has had on the Christchurch Muslim community, particularly those present at the mosques and their close family, and close family of the shuhada (martyrs/witnesses). Interviews will be conducted by trained Muslim researchers from the local community accompanied by specialist mental health nurses,” says Dr Sulaiman-Hill.

“This was one of the worst mass shootings in history, and as far as we are aware, the first to involve Muslim people in a western context. Within the Muslim community, there is an acute awareness that research like this needs to be done to ensure that nobody affected who needs help slips through the cracks,” she says.

Imams (religious leaders) Alabi Lateef Zikrullah and Gamal Fouda from the two Mosques targeted in the attacks (Linwood Mosque and Masjid Al Noor Mosque respectively) have endorsed the study and will be involved in advising the research team on any issues that may arise, along with a reference group made up of a diverse range of people from the wider Muslim community in Christchurch.

Sheikh Alabi says he supports the study because he knows “there are still people who are struggling, and we need to help them”.

While participation in the study is completely voluntary, Sheikh Gamal says he will be encouraging people to take part.

“Studies like this are very important because it is going to benefit the wider community, not only in New Zealand, but probably outside of New Zealand as well. It will help us identify the weaknesses and strengths of the support that we have been given,” says Sheikh Gamal.

Associate Professor Caroline Bell, who also managed the CDHB’s mental health responses after the Christchurch earthquakes, says the research will result in a greater understanding of the impact of March 15 on those most affected, even if they feel they have coped well. It will also identify what people have found helpful both personally, through their faith and social connections, and practically in terms of services provided, and what could be done better.

“A big strength of this study is the strong connection we have with CDHB. Anyone identified as needing further help will be supported to access appropriate services such as in the community, primary care or specialist services,” says Associate Professor Bell.

“A large part of our research involves culturally appropriate screening for mental health conditions. Previous work after mass shooting events has found that without such screening, a lot of people who would have benefited from help would not have accessed this.”

The focus of this research is to first and foremost help those directly affected by the attacks, however HRC director of research investment and contracts Dr Vernon Choy says there will also be important secondary benefits, both nationally and internationally.

“Through this study, the research team will develop culturally-informed practices for helping traumatised groups in different phases of recovery and build an important resource for Muslim and migrant and refugee mental health services in New Zealand. Internationally, this research will add to the limited research to date on the longer-term mental health effects of such tragic events, particularly those affecting the Muslim community,” says Dr Choy.

The research team on this study have collaborated with international centres in the UK and in Norway with the Norwegian Directorate of Health, who have been carrying out research into the long-term consequences of the terror attacks in Oslo, Norway in 2011 that left 77 people dead.

Dr Sulaiman-Hill says the experiences gained through the Christchurch earthquakes has had a powerful influence on how the community has come together after this tragedy.

“Christchurch has been through so much over the past nine years. I think there is a strong understanding in the community that events like March 15 can have repercussions throughout people’s lives and that it can take a long time for people to recover.”