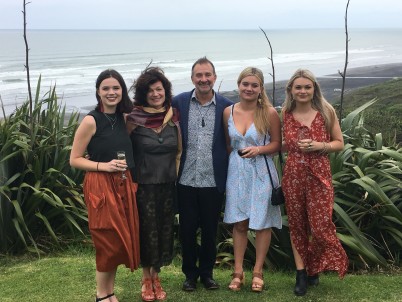 For more than 30 years, Associate Professor Nigel Wilson of Starship Children’s Hospital has juggled working on the frontline as a paediatric cardiologist with carrying out groundbreaking research to help children in New Zealand and the Pacific Islands battling rheumatic fever and the damaging heart disease it can cause.

About 40 million people worldwide have rheumatic heart disease, brought on by rheumatic fever, and some 300,000 people die from it each year. In New Zealand, an average of 150 predominately Māori and Pacific children are diagnosed with rheumatic fever each year.

In the early and mid-1990s, Dr Wilson and his colleagues at Auckland’s Green Lane Hospital found that Doppler echocardiography technology – which uses sound waves to show blood moving across the valves of the heart – was significantly better at detecting damaged heart valves in rheumatic fever than the traditional stethoscope.

This discovery informed the development of New Zealand’s guidelines for diagnosing and managing rheumatic fever, which Dr Wilson wrote alongside the late Professor Diana Lennon. Dr Wilson was also instrumental in developing the World Heart Federation criteria for diagnosing rheumatic heart disease using echocardiography, which have been widely adopted by clinicians around the world.

Following on from this work, he directed screening studies of high-risk populations in New Zealand schools using portable echocardiograms. These showed that about 1 percent of Māori children and 2 percent of Pacific children have ‘silent’ rheumatic heart disease.

“The usual pathway for acute rheumatic fever is a sore throat – or maybe a skin infection – caused by Group A Streptococcal bacteria. Only a few people go on to get rheumatic fever, half of whom will have permanent rheumatic heart disease,” explains Dr Wilson.

He says the Starship cardiac team champion valve repairs over valve replacements for children and young adults requiring heart surgery for rheumatic heart disease as their research has shown that valve repairs have better medical and lifestyle outcomes.

“Nigel’s tireless advocacy for Māori and Pacific tamariki health and mentorship of cardiologists-in-training and emerging researchers in Aotearoa and the Pacific region make him an extremely worthy recipient of the Beaven Medal,” says Professor Collings.

“On an individual level and as a founding member of Pū Manawa, the Rheumatic Fever Network, he has advocated extensively for improved prevention and control measures for rheumatic fever around Aotearoa, particularly in Tairāwhiti, Northland, South Auckland, the Bay of Plenty and Porirua.”

“He has also made substantial contributions to efforts to control rheumatic heart disease in Fiji, establishing a better prevention and control programme there that has become a model for other countries with endemic rheumatic heart disease, and providing longstanding clinical support and echocardiography training to medical personnel in Samoa.”

With funding from CureKids, Dr Wilson and colleagues Dr Rachel Webb and Associate Professor Nikki Moreland at the University of Auckland are now testing recent Australian findings that hydroxychloroquine reduces inflammation in the blood of rheumatic fever patients and therefore the chances of developing rheumatic heart disease.

This preliminary work has led to a larger HRC-funded clinical trial, to be led by Dr Webb, that will involve about 150 New Zealand children with rheumatic fever. This could be a game-changer because although penicillin injections are proven to prevent relapses of rheumatic fever, there is still no proven treatment that effectively reduces the initial heart damage.