Trial into oxygen use in surgery wins vital feasibility funding 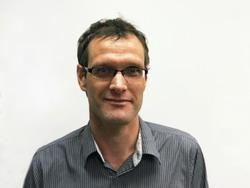 For patients undergoing surgery, could less oxygen be better than more?

One of New Zealand’s leading clinical researchers is a step closer to embarking on a major trial to determine whether the conservative use of oxygen during surgery improves post-operative outcomes compared with the liberal amounts recommended now.

Thanks to a Feasibility Study grant from the Health Research Council of New Zealand (HRC), Dr Paul Young, an intensive care specialist at Capital and Coast District Health Board and deputy director of the Medical Research Institute of New Zealand, can now undertake the critical groundwork needed to ensure that the full trial can proceed.

The proposed full trial would involve 1760 patients across 20 hospitals in New Zealand and Australia in order to address what Dr Young describes as a “public health priority”.

Current World Health Organization guidelines recommend the liberal use of oxygen in patients having major elective surgery. This is based on evidence suggesting that liberal provision of oxygen might reduce post-operative infections.

“That represents a paradigm shift from the standard approach that ‘if a little bit of oxygen is good, then more must be better and you can’t really give too much’.”

He says those findings suggest that any potential reduction in post-operative infections might be offset by an increase in other major post-operative complications associated with liberal oxygen use.

With previous funding from the HRC, Dr Young has tested the liberal versus conservative use of oxygen in 1000 patients requiring prolonged life support in intensive care units* – a trial conducted here and in Australia. And now, in this next proposed trial, the aim is to compare the two approaches in patients undergoing major elective surgery, with a different risk profile to those who are acutely ill. “It’s the next piece of the puzzle,” he says.

The trial will determine if the conservative oxygen approach increases the number of days spent alive and at home (DAAHs) within 30 days of surgery.

“The thinking is that whatever complications develop after an operation, whether they be infections or any other complication, you can reasonably expect that these complications result in a longer time in hospital. This overall measure of ‘days alive and at home’ will give us a better assessment of which treatment option is better overall.”

The HRC’s chief executive, Professor Kath McPherson, says Dr Young’s proposed clinical trial is one example of New Zealand taking the lead on practical research into our health services that must be done.

“About 280,000 surgeries are performed in New Zealand each year and oxygen is universally administered during general anaesthesia. We need to figure out if changes to routine procedures could reduce harm and save lives – we need strong, reliable evidence that can only be gained from large multi-centre trials like this.”

“But for the moment, we’re trying to establish key factors first, which is where the Feasibility Study comes in. We want to actually know that we can recruit patients, we want to know how rapidly we can recruit them so that we can plan our larger study accordingly and know how long it will take. We’ll be running this study across multiple centres run by many clinicians and we want to know that people understand the eligibility criteria as we intended them.

“My experience is that Feasibility Studies are so valuable and you learn so much about how to do things better in the bigger, major study. It’s a huge mistake to try and undertake a major study without doing a Feasibility Study first.”

Dr Young is one of eight researchers around the country to receive an HRC 2019 Feasibility Study grant announced today. See below for the full list of grants amounting to $1,975,792 in total.

To read lay summaries of the research projects, visit our research repository and filter for ‘Researcher Initiated Proposals’, ‘Feasibility Studies’ and ‘2019’.

*Results yet to be released