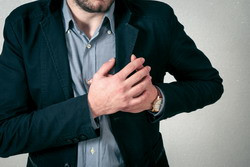 For over a decade, the HRC has invested in the development of algorithms and software to be used to prevent cardiovascular disease. The PREDICT tool, developed by Professor Rod Jackson and his team at the School of Population Health, the University of Auckland (with funding also received from the Heart Foundation and Healthier Lives NSC) places New Zealand at the forefront of the new field of computer-based clinical decision-making.

PREDICT allows clinicians and hospitals to target limited resources to the right patients, preventing 30% of cardiac events occurring compared to standard practice. It is based on research findings that the prediction equations previously used (the USA-based Framingham Score) substantially over-predict the risk of cardiovascular disease in New Zealand leading to unnecessary distress and overtreatment of the healthy majority.

The algorithms have now been implemented nationwide, with the Ministry of Health publishing updated recommendations in 2018 for cardiovascular disease risk assessment and risk management based specifically on the New Zealand population using PREDICT cohort data.

PREDICT has led to a significant reduction in healthcare costs, including hospital and post-hospital care. Auckland DHB estimates cost savings of between $10M and $20M a year. Extrapolated across all the DHBs adopting PREDICT, this could save our health system $300M a year.

PREDICT has also been integrated into MedTech, the leading New Zealand medical records system used by New Zealand GPs and PREDICT has been sold to Australia, Singapore and Canada. In 2018, the research team published their landmark study in the prestigious medical journal The Lancet with findings based on over 400,000 primary care patients in New Zealand.